Erika Girardi, aka Erika Jayne, opened up about her co-star, Kathryn Edwards, in a recent Bravo blog.

Following an episode of The Real Housewives of Beverly Hills, in which Edwards called out Girardi in her own home for comments made about Lisa Vanderpump during a previous episode, Girardi slammed her behavior in an entry to fans.

"Why, Kathryn, did you come to my house and act that way?" Girardi wrote in her Bravo blog. "Why would you treat Tom that way? You just met him. I would never do this to you in your home in front of Donnie. Why are you doing it to me?"

During a previous episode, Girardi spoke to Edwards about her thoughts of Vanderpump, but rather than keep the information between them, Edwards chose to tell Vanderpump what Girardi had said. According to Edwards, she did so because Girardi never told her not to.

"That’s twice now that you have come into my house with bad intentions. I wonder why, what, or perhaps who inspired you to act that way. Whatever the reason, it’s not OK," she added.

The Real Housewives of Beverly Hills airs Tuesdays at 9 p.m. on Bravo. 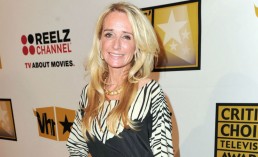 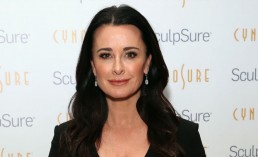