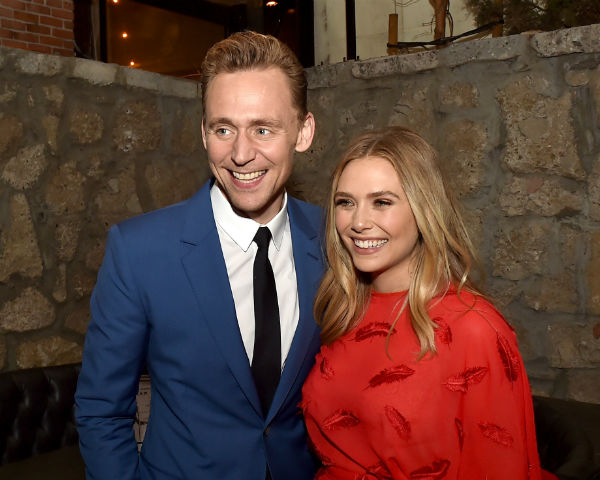 Elizabeth Olsen and Tom Hiddleston may have some intense on-screen chemistry in the Hank Williams biopic I Saw the Light, the 27-year-old actress says that their relationship is purely professional.

Mary Kate and Ashley Olsen's younger sis sat down with ET at an interview for the upcoming biopic, where she dismissed dating rumors.

Though, she had nothing but praise for her handsome co-star, explaining how she and Hiddleston "really work really well together."

The two are actually both stars of the Marvel cinematic universe – Olsen joined the Avengers as Scarlet Witch in 2015's Age of Ultron, while Hiddleston plays Thor's troublesome half-brother Loki, but they have yet to share the screen in a comic adaptation.

"I would love to work with him again," Olsen said of Hiddleston. "He's such an incredible person. Anyone who's worked with him knows how disciplined and rigorous he is, and kind and respectful."

The actress also talked about her famous twin sisters, Mary-Kate and Ashley, and why her career in show business began so much later in life than theirs.

"It wasn't until I was 15 where I felt confident enough to say [acting is] what I wanted to go to college for," said Olsen, who didn't make her big-screen debut until 2011, when she broke out with an acclaimed performance in Martha Marcy May Marlene.

According to the actress, her sisters' best advice when it came to her career was to just finish her education. Although she admitted that they "probably told me things that I didn't listen to." 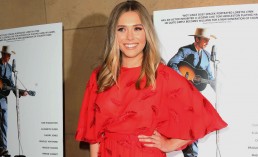 Mary-Kate And Ashley Olsen 2016: Was The Twins' Sister Offered To Play Michelle In 'Fuller House?' [VIDEO] 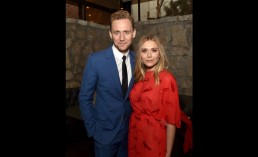