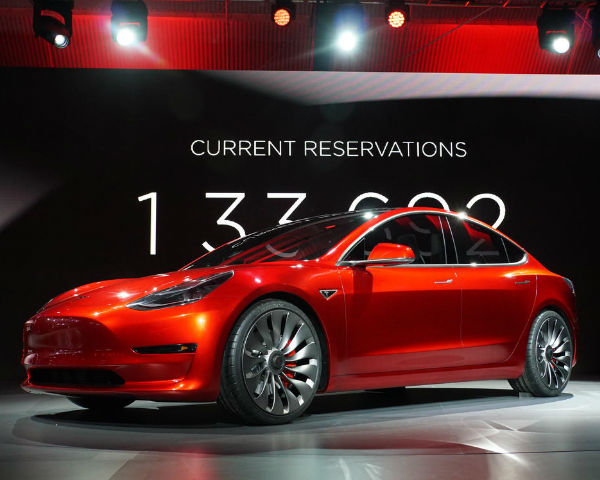 Tesla unveiled the Model 3 on Thursday, Mar.31, at its Los Angeles design studio. The car doesn't go on sale until late 2017, but in the first 24 hours that order banks were open, Tesla said it had more than 115,000 reservations.

Long lines at Tesla stores, reminiscent of the crowds at Apple stores for early models of the iPhone, were reported from Hong Kong to Austin, Texas, to Washington, D.C. Customers, reportedly, put down a $1,000 deposit to reserve the car.

The car's price starts at $35,000 — before federal and state government incentives — the Model 3 is less than half the cost of Tesla's previous models. Tesla CEO Elon Musk says the car will go at least 215 miles when fully charged, about double what drivers get from current competitors in its price range, such as the Nissan Leaf and BMW i3.

Get to know Tesla's newest model below.