Avril Lavigne and Chad Kroeger are keeping their friendship alive.

It's been about seven months since it was announced that the couple was splitting up after two years of marriage. And ever since, they've been kind of inseparable with each other based on some of their latest images.

On Saturday, Lavigne took to Instagram to post a new photo of herself as she stands outside a plane with her ex. Even though they may no longer be together, they both looked pretty cozy and comfortable as they smiled for the camera.

Lavigne wore a black coat with horns on her hood as Kroeger donned a blue jacket with jeans, and had his arm around the pop/rock star.

Boots on the ground in Calgary Juno Awards @nickelback

The "Fall to Pieces" singer posted other photos of herself with the Nickleback singer since their split.

According to a previous report from E! News, the two singers are doing what they can to remain in good spirits even if it wasn't meant to be.

"Chad is being supportive," a source said. "At the end of the day, they just didn't see eye to eye on a lot of things...their friends and their circles never really mixed. They originally got together to make an album and that's where the spark between them originated. But it just slowly died out." 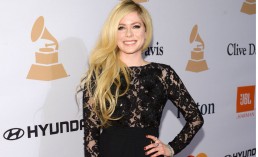 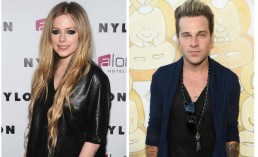 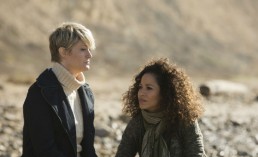 'The Fosters' Season 4 Spoilers: Co-Creator Says Premiere Episode Is 'Out Of Control' [VIDEO]