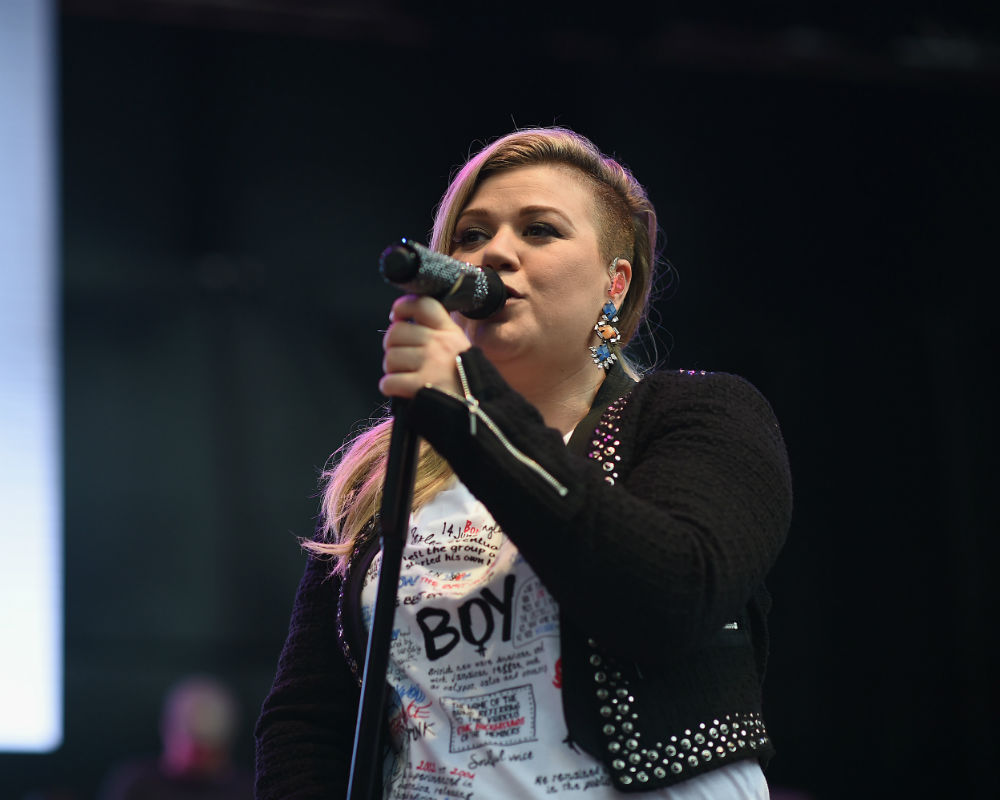 Kelly Clarkson performs an amazing medley in a pre-recorded performance for the American Idol finale, which aired on Thursday, April 7.

The 33-year-old singer couldn’t attend the actual finale as she is due to give birth any day, so she taped her performance when she appeared on the show back in February.

Clarkson performed a medley of all her hit songs including “Miss Independent,” “Breakaway,” “Since U Been Gone,” “Because Of You,” “Behind These Hazel eyes,” “My Life Would Suck Without You,” “Don’t You Wanna Stay,” “Stronger,” “Heartbeat Song,” and “Invincible.”

The singer closed the performance with her Idol coronation song “A Moment Like This” and it was an amazing moment!

You can watch the full performance here.

Below is a video of Kelly Clarkson when she sang "Piece by Piece" and made the judges teary eyed.