LeBron James is catching heat after a woman outed him for sending him Direct Messages on social media.

A girl named Rachel Bush posted screenshots of James reaching out to her.

James wrote, “Hey what’s up!” before Bush tweeted the now deleted screenshot (see it here) to the public and replied, “Haha wut”

As for who Bush is, she is said to be the girlfriend of Cleveland Browns safety Jordan Poyer.

Interestingly enough, she and Poyer were together at the Cleveland Cavaliers game just before James reached out to her. She added a photo of James’ backside and wrote, “with bae.” But many fans pointed out that she has since changed her caption since she got the attention for James’ DM. It’s not clear what it said before.

Poyer has also taken to Twitter to clap back at the backlash she has received since posting the screenshot. She told one follower, “didn’t know he had a wife and KIDS. Just knew the name. Not even into basketball like that…”

@Graydotdillion didn't know he had a wife and KIDS. Just knew the name. Not even into basketball like that — Rachel (@Rachel__Bush) April 13, 2016

She also said in an interview with the Billy Madison Show that her boyfriend is convinced James was eyeing her during the game.

“My boyfriend claims he did… He has a wife and two or three kids, I know he respects them. There are scenarios where friends and handlers of famous people DM me and try to talk to me pretending to be them.”

James married his high school sweetheart in September of 2014. They have three children together. Listen to Bush’s full interview below. 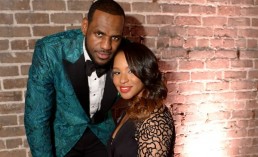 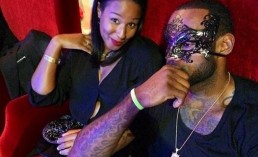 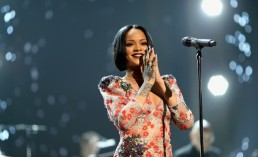 Chris Brown And Rihanna 2016: Documentary Of 'Stay' Singer In The Works, Will It Address Incident WIth Her Ex? [VIDEO]