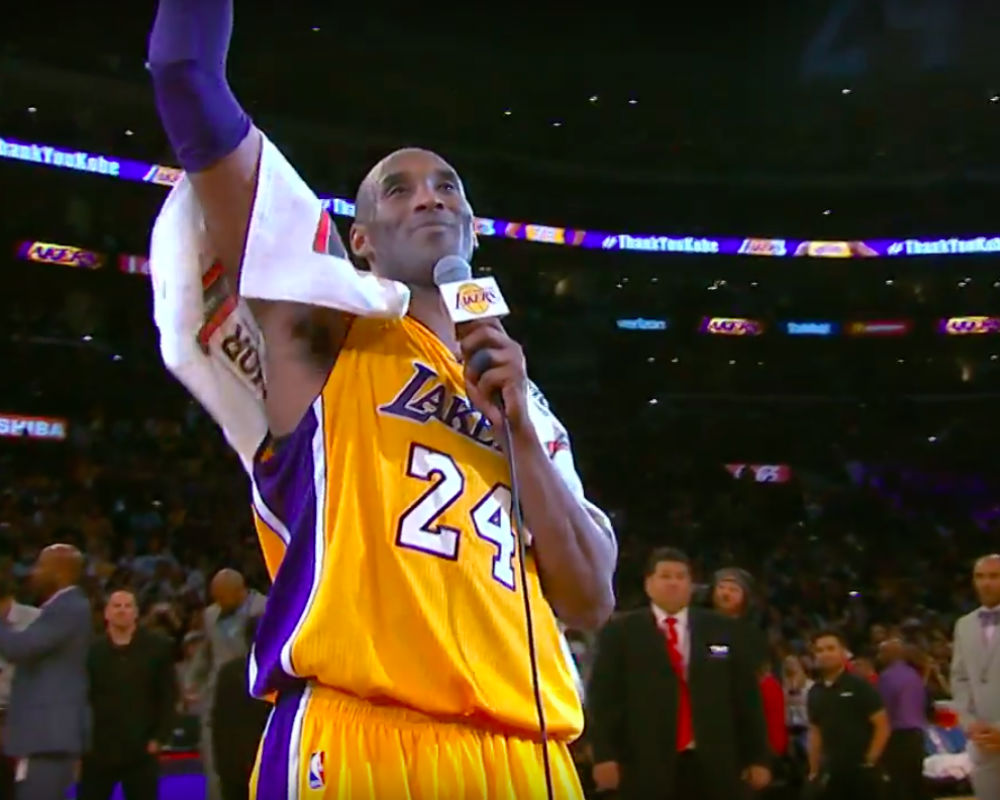 Throughout his 20-year career, Kobe Bryant is known for his intensity and competitiveness. On his last game, the Los Angeles Lakers star revealed his other side.

After dropping a mind-boggling 60 points for his finale, Bryant addressed the crowd with an emotional statement. As the basketball superstar bids farewell to fans, it's evident that he is trying to push back his tears. He ended his heartwarming statement by dropping the mic on the floor.

After this, we have to face the reality that the Black Mamba is definitely out.

Watch his emotional farewell below.