It looks like Rob Kardashian is being the bigger man here by finally putting an end to all the drama and nonsense that has been going on in his family.

Even though his sisters are yet to publicly acknowledge his engagement to fiancé Blac Chyna, the reclusive reality television star is extending an olive branch to his family, as a way of saying that he wants to end all the pettiness between them.

Rob made the first move by sharing a photo of his sister Kris Jenner celebrating her Paper Magazine cover. He simply captioned the photo with, "Congrats Sis."

As many fans know, it was 18-year-old Kylie who began her relationship with Tyga while the rapper was still with Chyna. Even though the ex-couple share a 2-year-old son together, King Cairo, Chyna and Kylie have been sparring back-and-forth on social media for the last year, as they've been obviously harboring negative feelings about each other.

And it seems like even Rob's Instagram followers agree as they commented on the photo with, "I don't think she even congratulated him on his engagement! But it's good seeing Rob doing what's right," along with, "Don't believe everything u read on the media. She said they see each other all the time . Everyone wants to see some drama and they get along just fine."

Rob and Chyna announced their engagement earlier this month but the couple is yet to set a date for their upcoming wedding.

Stay tuned with Enstars for all the latest news on the entire Kardashian family right here. 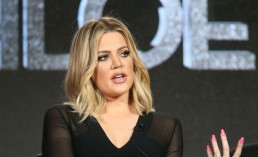 Khloe Kardashian Update: Is The Reality Star Lying About Her Sex Life? [VIDEO] 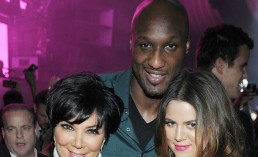 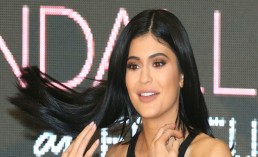 Kylie Jenner 2016: Is The Reality Star Cheating On Tyga With Another Rapper? [VIDEO]