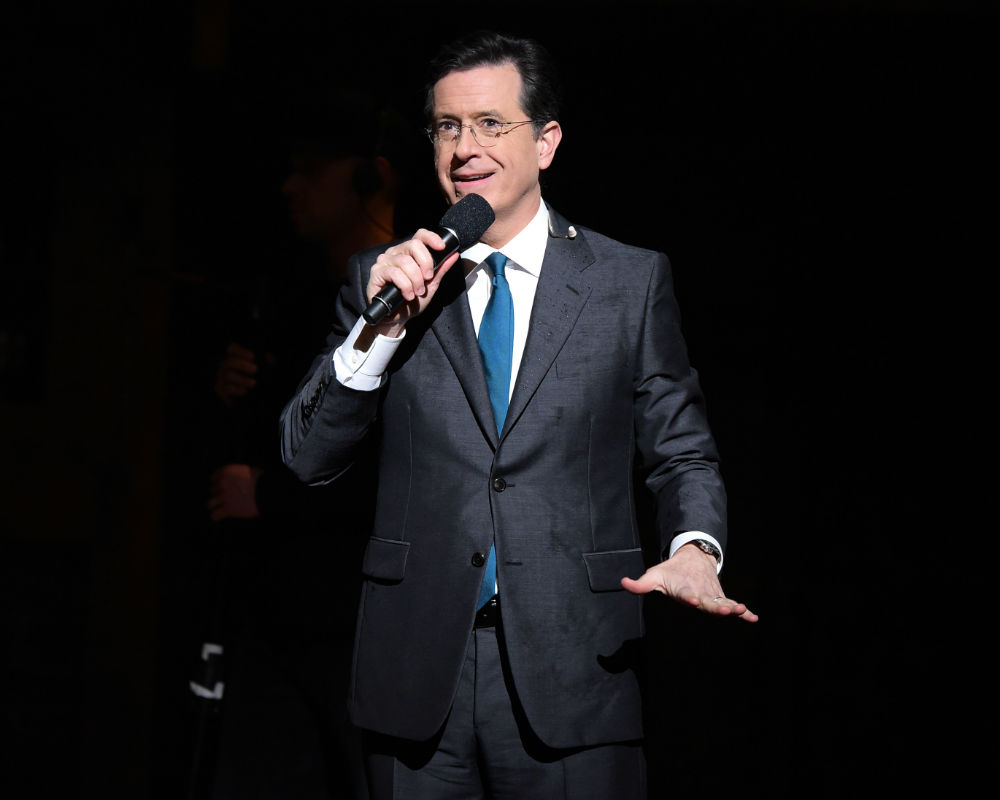 When legendary music icon Prince passed away last Thursday, many artists and personalities paid tribute to the Purple Rain singer. Stephen Colbert and Jon Batiste also joined those who paid respect to him.

The TV show host devoted a Late Show segment for the music legend and shared kind words and reflections with his bandleader Jon Batiste.

"I remember a guy in my choir a guy in my choir, Skipper Graham, brought the very first Prince album into our choir room. There were so many things to love about it. One, obviously the music was so powerful. We had to wear headphones so the adults couldn't hear the lyrics to any of the songs," recalled Colbert.

"He had a huge aura. His energy and presence in a room just filled everybody's hearts," said Batiste, who had an opportunity to work with Prince on a 2010 American tour.

Colbert ended the heartwarming segment with a visual tribute as the lights on the set shifted to Purple, which was Prince's signature color.