Patience is a virtue, and it's one The Flash will reward in spectacular fashion.

Like everyone else, we're itching to know the identity of the Man in the Iron Mask. Who is he, what earth his from, and why in the multiverse did Zoom (Teddy Sears) felt the need to silence his voice? The Flash won't dole out answers until the finale, but the cast has dropped a few intriguing teasers to tide us over.

"When I first found out who it was, I was thrown for a loop," Carlos Valdes (Cisco) told IGN. "You don't understand why it's this person until you go into the story behind how this person got into the cell, why Zoom took them hostage and put them in the cell. You cannot make sense--there's no way of making sense of why that person is in the mask until it is explained."

We know many of you have been examining screen caps of Zoom's prisoner to discern his identity, but, unfortunately, your efforts will come to naught. Just as Sears didn't don Zoom's mask until the final moments of "Escape From Earth-2," the actor behind the Man in the Iron Mask won't step into the roll until the big reveal.

TV shows generally utilize body doubles in these situations, which means fans can only assume the character is possibly a Caucasian male around the same height as Barry (Grant Gustin).

Who do you think is behind the mask? Find out more when The Flash airs Tuesdays at 8 p.m. ET on The CW. Click the video below to see a preview for the series' next episode, "Rupture."

'The Flash' Season 2: Inside Harry's 'Complicated & Dangerous' Plan To Restore Barry's Speed, Is It Worth The Risk? [VIDEO] 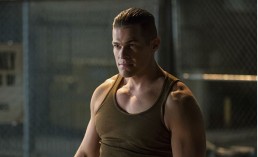 'The Flash' Season 2: Girder Is Back! Get The Scoop On 'The Runaway Dinosaur' & Barry's Old Nemesis [VIDEO] 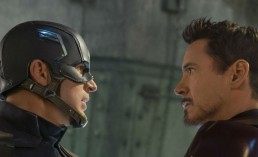