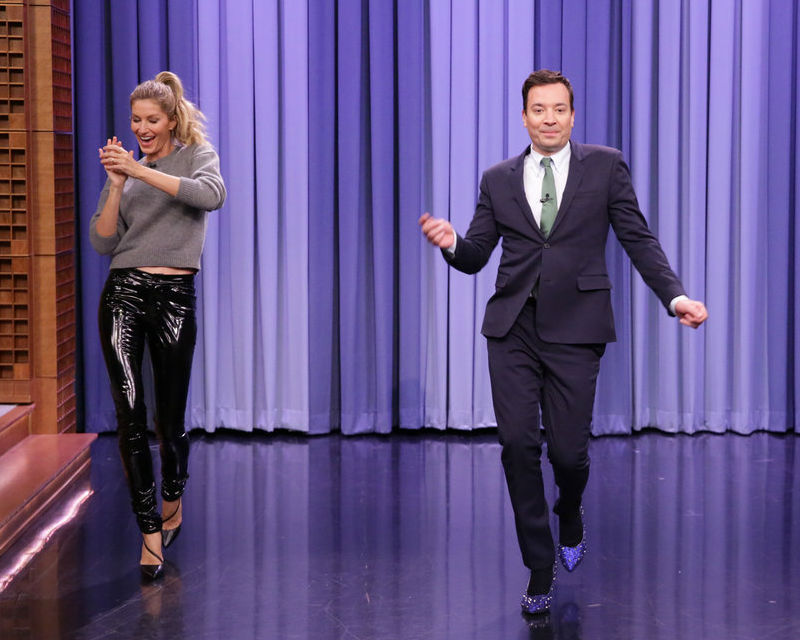 Gisele Bündchen has been credited with a lot of things. She's cited as kicking off the Brazilian modeling trend, ending the fashion industry's obsession with "heroin chic," being the "last super model" and holding the title of "highest paid model in the world" for over a decade.

But that's all come to an end. After 20 years in the industry, the legendary catwalker revealed she would be hanging up her heels and retiring from the runway.

"I'm really focusing on being the best mom I can be and my family and just kind of taking this year as a sabbatical to see where my life will take me, just kind of see what the next 20 years are going to look like," she admitted on a recent appearence on The Tonight Show. "I'm just waiting to be inspired."

You can watch Bündchen talk about retiring in the video below, but the real highlight is when she teaches host (and Taxi co-star, lest anyone thinks we forgot about THAT career blunder) Jimmy Fallon to properly work a runway like a supermodel so he can take her place. It's actually quite enjoyable.

We can't wait to see Fallon structing his stuff at next year's Fashion Week!

We're just as surprised as anyone at how hilarious it is to watch Gisele Bündchen teach Jimmy Fallon to work the runway. (Andrew Lipovsky/NBC)