Popular coffee chain Starbucks is currently facing a class-action lawsuit from a disgruntled Chicago customer. The reason? Well, according to the suit, Starbucks puts too much ice in its, er, iced drinks.

As much as the lawsuit is quite bizarre, the woman behind the suit, Stacy Pincus, believes that the ice issue is actually a serious matter. In her lawsuit, filed in Northern Illinois Federal Court last week, with Steven Hart with Hart, McLaughlin & Eldridge in Chicago as the lead attorney, Pincus claimed that Starbucks advertises its cold drinks by fluid ounce, when in fact, the numbers only line up when ice is included in the equation.

"Starbucks is advertising the size of its Cold Drink cups on its menu, rather than the amount of fluid a customer will receive when they purchase a Cold Drink, and deceiving its customers in the process," Pincus' suit stated.

In a way, the Illinois-based plaintiff does have a point. After all, a Starbucks Venti cup is advertised as a drink that contains 24 fluid ounces. When the drink is cold, however, 10 fluid ounces are taken by the ice. Hence, customers are only getting 14 ounces of their actual Starbucks drink.

Pincus is very serious with the lawsuit, even stating that she is hoping to represent any customer who has ordered an iced drink from the popular coffee chain during the past decade.

The lawsuit is seeking damages upwards of $5 million.

Responding to the lawsuit, Starbucks spokesperson Jamie Riley asserted that the company believes the lawsuit to be without merit. After all, customers who are ordering iced drinks are fully aware that a significant part of their drinks would be made up of ice.

"Our customers understand and expect that ice is an essential component of any 'iced' beverage. If a customer is not satisfied with their beverage preparation, we will gladly remake it," Riley said.

For the plaintiff, however, it is not a matter of drink satisfaction. It is a matter of getting the fluid ounces that customers pay for. 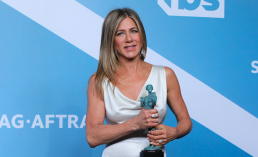