The STAR Labs team is desperate to get Barry's (Grant Gustin) speed back before Zoom (Teddy Sears) comes knocking once more, and Harry (Tom Cavanagh) believes the answer lies in recreating the particle accelerator explosion. What could possibly go wrong?

Not everyone will take Wells' plan in stride. Considering it could send him six feet under, kill everyone in STAR Labs, and bring about a second wave of metahumans, Barry will actually spend a little time debating the merits of this moonshot (unlike his ill-advised trip to season 1 or when he jetted over to Earth-2).

"Barry is at a crossroads of what he should do or what he shouldn't do, because he's being presented with a monumental decision that could not only affect him and possibly kill him, it could kill everybody in S.T.A.R. Labs, it could set off another chain reaction and affect everyone in the city," executive producer Andrew Kreisberg told Entertainment Weekly. "The last time they took matters into their own hands, they created this whole problem with blowing a hole in the universe and opening the breaches. They're all a little bit gun-shy."

As per usual, Team Flash won't have a lot of time to waste hemming and hawing. Caitlin (Danielle Panabaker) is still missing, and Zoom's unquenchable thirst for mayhem won't be satiated for long. Despite the danger, the quickest option might be the only option.

"That's the thing about these people...we really swing for the fences," Cavanagh told the Kevin and Bean Show. "Any scientist worth their salt would be like, "Hold on! Hold on. Let me introduce you guys to the empirical method," "but there's always no time. There's a dementor knocking on our door, a time wraith that wants to kill all of us. So we have to go now!"

Do you think the particle accelerator explosion 2.0 will blow up in Harry's face? Find out when The Flash airs Tuesdays at 8 p.m. ET on The CW. Click the video below to see a preview for the series' next episode, "Rupture." 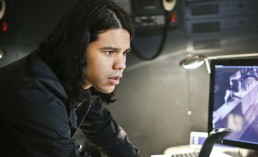 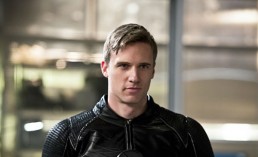 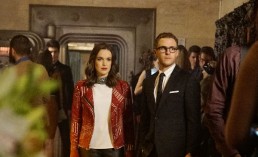