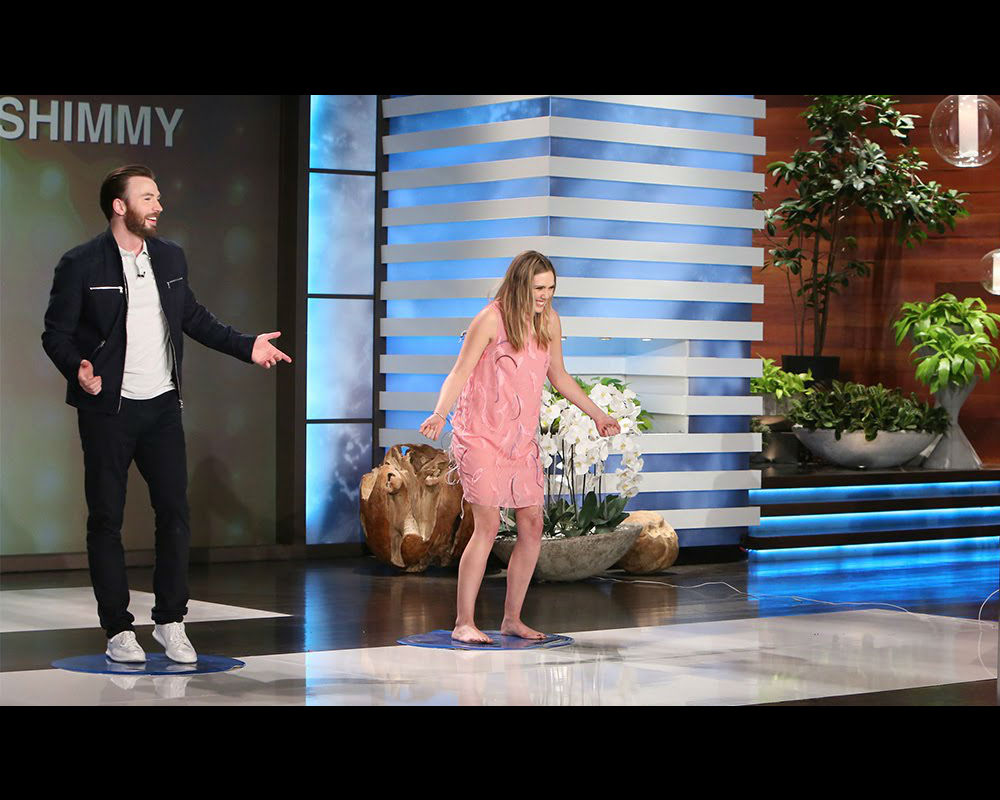 If there's anything we know about Ellen DeGeneres, it's that she's a fan of dancing and game. So it should come as no surprise that she mixed the two for her latest interactive feature for guests.

The new game is called "Last Dance" and it works just "Hot Potato", where players take turns dancing the dances that come up on a screen. The sooner they're able to impress the talk show host with their moves, the quicker she hits a button that swtiches the turn to their opponents. The loser is whoever is dancing when the music stops.

The first lucky guinea pigs to give the game a try were Captain America: Civil War stars Chris Evans and Elizabeth Olsen. who popped by The Ellen DeGeneres Show on Monday to promote the newest marvel movie. And while we'll always have a special place in our hear for Olsen, Evans without a doubt stole the show. Just watch as Captain American nails the "Single Ladies Dance" and the "Moonwalk".

And it wasn't all for fun, participating in the game raised a $10,000 donation to a chartiy that Evans works with, Christopher’s Haven, which helps provide housing to families of children receiving treatment for cancer at Boston's MassGeneral and Dana-Farber/Children’s Hospitals.