Kailyn Lowry is reportedly obsessing over her appearance.

After reportedly plumping up her lips earlier this year, and undergoing at least three plastic surgeries in January, the Teen Mom 2 star is said to be planing to go back under the knife for more charnges.

"She's obsessed with changing her look now," an insider told In Touch Weekly on Thursday.

According to the report, Lowry secretly underwent tummy tuck and liposuction procedures, and earlier this year, she received a Brazilian butt lift, neck liposuction and a tummy tuck from plastic surgeon Michael Salzhauer, aka Dr. Miami.

As for what's next, Lowry is reportedly planning a nose job, facial contouring and an even plumper pout.

"Kailyn has told friends that she really wants to fix her nose. She actually wants to have her whole face contoured, which would include the thinning of her nose and plumping of her lips," the insider says.

As Lowry continues her hunt for body confidence, recent reports claim her marriage to Javi Marroquin is headed for a split.

While Lowry told In Touch Weekly that things were "good" between her and Marroquin in early April, a magazine source has since told the outlet that she and Jo Rivera spent time together in her hotel room while in Los Angeles for the MTV Movie Awards weeks ago.

“Jo even stayed in her hotel room until 3 a.m., talking. She’s jealous of his fiancée, Vee [Torres], and will always have a special place in her heart for him,” an insider explained. “Kailyn has been telling friends that she and Jo could still get back together."

After three years of dating, Rivera proposed to Torres in March just a few months after she gave birth to his second child.

In addition to allegations of Lowry's feelings for her ex, Marroquin is accused of getting close with another woman.

“They were already having trouble, now Kailyn believes Javi cheated with a woman he’s been hanging out with,” the source alleged. “It’s definitely over. It’s sad, but it looks like they could wind up in a nasty custody battle [over son Lincoln, 2].”

For more Kailyn Lowry, tune into Teen Mom 2 season seven on Mondays at 10 p.m. on MTV, and check out a sneak peek of next week's new episode below. 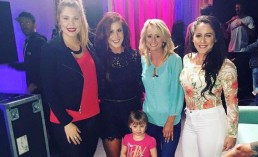 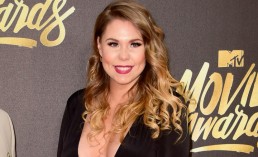