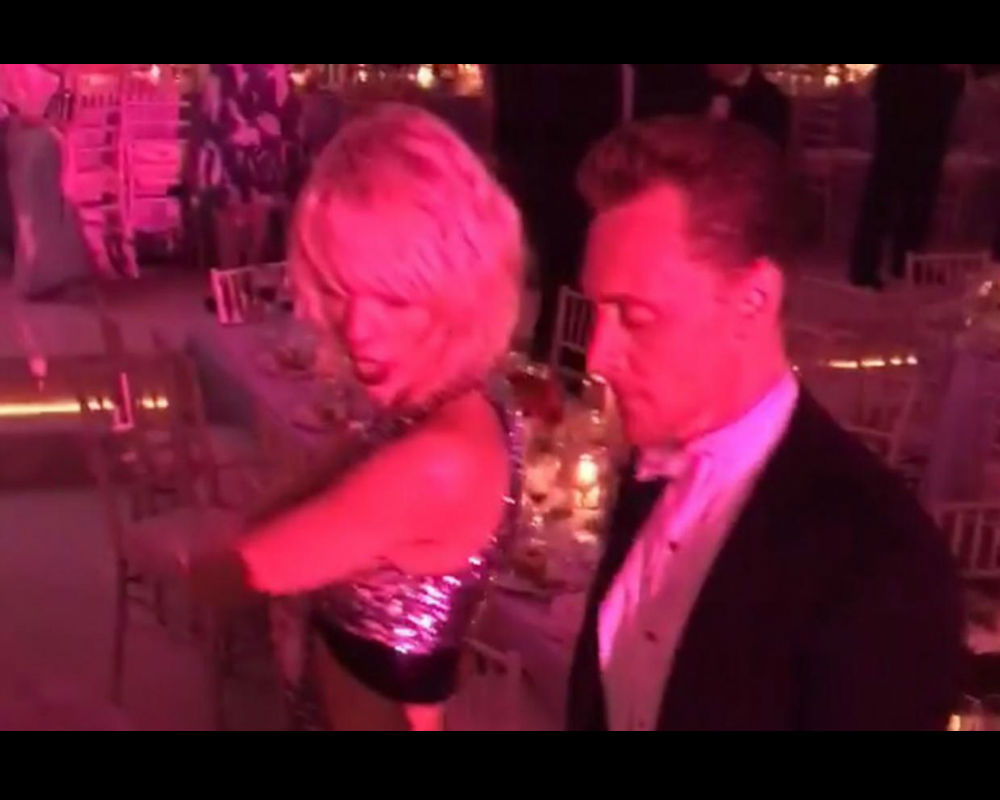 Who even knew Tom Hiddleston and Taylor Swift were even friends? But not only do we know have filmed evidence that the two hand out, but GET DOWN!!

The I Saw the Light star and the "Bad Blood" singer were caught on camera boogeying at the Met Gala earlier this week. And of course, the clip went viral. Seriously, how could it not?!

Hiddlesston explained how the now infamous bogieing down scene came about.  "I love dancing, who doesn't?" Hiddleston said to the Press Association. "It's a weird one (that it went viral). I haven't actually danced for a long time, but I happened to be dancing at the Met Gala, because it was a party.

"I was on a table with Taylor Swift and The Weeknd was playing and she said, 'The thing about these parties is nobody gets up to dance,'" he continued. "She, as a musician, was like, 'We've got to dance for The Weeknd!' so we got up and danced."