Adult Swim has announced the release date and details for the Rick and Morty season 2 Blu-ray and DVD set!

Rick and Morty fans eagerly awaiting the arrival of season 2 on DVD and Blu-ray now have a date to remember. The season 2 DVD and Blu-ray sets will be released on June 7, according to a new Adult Swim press release.

The box sets will have all 10 episodes from season 2 of Rick and Morty along with hours of bonus features. Such features include animatics (animated storyboards) for each episode, deleted animatic scenes and an alternate version of season 2's premiere.

The set also includes audio commentaries for each of the 10 episodes, with some guest commentary tracks as well.

Also featured on the set is a video of the Rick and Morty season 2 premiere party, with a live drawing by Justin Roiland, one of the showrunners.

Finally, and as the press release states, "most importantly," the set comes with a manual with instructions for the Plumbus.

The Blu-ray and DVDs are available for pre-order on Amazon now.

Rick and Morty fans are also waiting for a set season 3 release date to be announced.

Roiland's fellow co-creator Dan Harmon spoke about season 3 in a Den of Geek interview late last year. He spoke on the season 2 cliffhanger, which featured Rick turning himself in for his many crimes against the universe. Meanwhile, Earth was being taken over by the Galactic Federation.

"I don't think anybody wants to do a third season that simply spends a whole bunch of episodes dealing with a situation that we created at the end of the second season," Harmon told Den of Geek. "So I think that's a non-spoiler way of saying things should be okay pretty quickly." 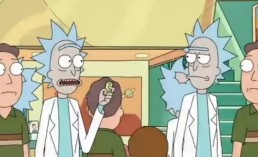 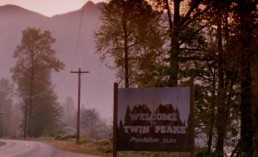 'Twin Peaks' Revival: When Will The Soundtrack Be Released On Vinyl? [VIDEO]