Batman fans must get their wallets ready, as Samsung Electronics, in collaboration with Warner Bros. and DC Entertainment, just unveiled the Samsung Galaxy S7 Edge Injustice Edition. Announced on Friday, the special smartphone, featuring the Batman himself, was created to commemorate the third anniversary of the popular mobile game, the critically-acclaimed Injustice: Gods Among Us.

True to its Batman theme, the Galaxy S7 Edge Injustice Edition comes in a sleek, deep black frame, accentuated by gold highlights and the iconic Batman logo at the back. Apart from the obvious, what truly makes the smartphone very unique is the set of special accessories that comes with the device.

From the unboxing video, which can be viewed below, the Samsung Galaxy S7 Edge Injustice Edition ships with the Gear VR, Samsung's proprietary virtual reality headset designed by Oculus. Apart from the VR headset, the phone also comes with a case inspired by Batman's armor in the game.

Perhaps the coolest accessory for true Batman fans, however, is the gold-plated Batarang that ships with the device. Though the accessory does not really provide any added functionality to the phone, it is nonetheless undeniably cool.

The Samsung Galaxy S7 Edge Injustice Edition would also come with extra credits for the Injustice: Gods Among Us mobile game, as well as Oculus VR content vouchers.

Younghee Lee, Executive Vice President of Global Marketing, IT & Mobile Division at Samsung Electronics, stated that the firm is very optimistic about the device, asserting that it is a tribute to DC and Samsung fans alike.

"We are excited to partner with Warner Bros. Interactive Entertainment and offer a special edition of Galaxy S7 edge for fans of Injustice: Gods Among Us. Samsung always seeks to provide the best mobile gaming experience for its users, and this partnership reinforces our commitment to the game's fans," Lee said.

The special Batman-themed phone is set to be initially released in China, Singapore, Korea, Latin America and Russia. Other territories are set to follow. 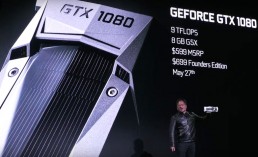 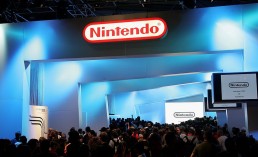