Surprise, surprise - Grimm's magic stick has a dark side.

Nick (David Giuntoli) and Monroe (Silas Weir Mitchell) have been running around Portland with the greatest medical advancement since penicillin, but, as it turns out, the treasure of the Seven Knights might not be the saving grace they think it is. The magic stick - or whatever the heck it's actually called, probably something complicated and German - will show its true colors in season 6.

"That stick unlocks things that should never have been unlocked," executive producer David Greenwalt told TV Line. "There was a reason that was buried for all time."

As long as Nick manages to keep the artifact within the grasp of the Scooby gang, everything should work out just fine. That would make for terrible television, however. After the events of "The Beginning of the End,' Oregon's premiere monster hunter might let a few too many people in on the secret.

"Nick and the Scooby Gang are still discovering the potential of this stick, right along with the viewers," Giuntoli told TV Insider. "Nick survived a barrage of bullets through his chest and only he knows he's invincible at this point. But we don't know much more, like what kind of evil this stick could be used for if it falls into the wrong hands. He just puts that crazy stick back in his pocket. Is he going to tell the rest of the gang? We'll see."

Can Nick keep the secret under wraps? Find out when Grimm returns to NBC this fall. 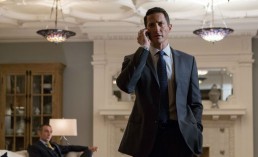 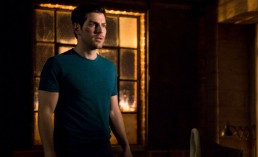 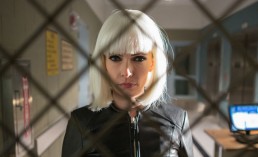