iZombie's Liv Moore better stock up on some hot sauce - she's going to have plenty of brains to down in season 3.

Rose McIver (Liv) is still in hiatus mode, but the New Zealand native did have a few teasers to drop at Australia's Oz Comic-Con. While the actress doesn't know exactly what brains Liv will chow down on this fall, fans can expect one future victim to let McIver tap into her Kiwi roots.

"We've actually talked about it a lot," McIver said of a potential New Zealand brain, according to Couture Caddy. "There are a few people that Rob Thomas (our showrunner) really wants to get. It's kind of been subject to other people's availability but it will happen and it will be a lot of fun."

Now that the zombie apocalypse is slowly spreading across the Seattle metro area, Liv won't be the only character getting visions. It's a tough job to constantly reinvent a character's personality, but Robert Buckley (Major) will take on the challenge this fall. We saw Major on positivity brains, and we can't wait to see what the writers will cook up (heh) for him next.

McIver (luckily) doesn't have to munch on cerebellums in her regular life, but, if she did, there's one particular mind she'd like to delve into before election season comes to an end. Like most of the world, the iZombie star wants to know exactly what's going on in Donald Trumps head.

"I would like to eat the brain of Donald Trump right now and work out what is going on. I need to get inside there. There are so many questions I have," McIver said. "I don't think I would want to take on any of his characteristics though, so that's the stitch up with Liv is that's what would happen."

Find out what's next for Liv and Co. when iZombie returns to The CW later this year. 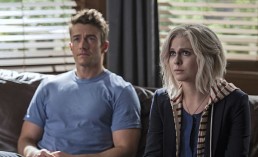 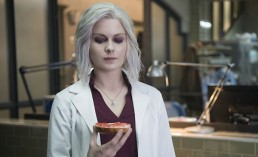 'iZombie' Season 3: Can Liv Trust Vivian? Rose McIver On 'Hedging Her Bets' & A The Next Big Bad 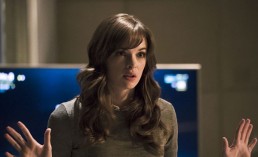