It's been several years since LeAnn Rimes and Eddie Cibrian shocked the world by falling in love with one another while they were still married to their significant others (which includes Cibrian's ex-wife Brandi Glanville and Rimes' ex-husband Dean Sheremet).

And while all parties involved have definitely moved on and made their peace, Glanville is still talking about her on-going feud with the country star and why it's been so difficult for them to get along even though Rimes likes to portray them as one happy, blended family.

According to People Magazine on Tuesday, Glanville, whose main issue with Rimes is how she sometimes publicizes her relationship with her and Cibrian's two sons, says the main reason why they haven't gotten along is because of Rimes' deep insecurities and how she was supposedly afraid that Cibrian would eventually leave her and run back this his ex-wife. Or worse, seeing Glanville pursue him the same way she did while the ex-couple were still married.

Glanville said, "I think that LeAnn finally realizes that I don't want your man. That's all done, but we can all still get along and be friends, and so we are."

She added, "I think that I've acted like a child enough during the seven years. As the kids are getting older - something did happen with one of them, and I don't really want to go into it, but it made the three of us, Eddie, LeAnn and myself, realize we have to be together on this."

So far Rimes herself has not responded to Glanville's comments. 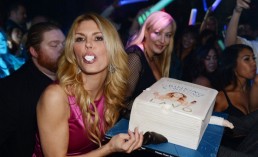 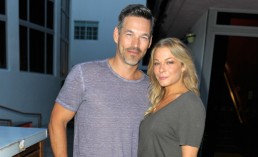