Brace yourself; Life Model Decoys are definitely coming to Agents of SHIELD. In fact, casting for an android is underway as you read this.

Whatever the Koenig (Patton Oswalt) brothers were, apparently they weren't part of SHIELD's highly anticipated foray into self-replicating technology. Dr. Radcliffe (John Hannah) works on the frontlines of fringe biotech advancement, and his new pal AIDA may prove to be the MCU's first step towards Nick Fury's famed Life Model Decoys.

"LMDs are happening," TV Line announced on Thursday. "Specifically, the ABC series at this time is looking to cast the recurring role of Aida, a "very attractive" robot...who moves about quite naturally but speaks a bit formally, like Iron Man's Jarvis."

The question currently plaguing the fandom is this: can Dr. Radcliffe really be trusted? He was against Hive's plan for world domination back in season 3, but he ultimately chose his life over those of everyone else on the planet. Is AIDA a step in the right direction, or will Radcliffe ultimately cook up the next Ultron?

"We can say very little, but we can say Radcliffe, he has a good heart, but he's dead set on scientific advancement," executive producer Jed Whedon told IGN. "He thinks he's solving a problem right now and he says, 'Fitz and Simmons had friends die, maybe they didn't have to.' I think he thinks there might be a solution to some of these problems they've faced. Whether or not he's creating a solution or a new problem, we'll have to wait see."

Is Radcliffe implying that Fitz and Simmons can now employ a body double to keep them out of danger? Fans will have to wait until the season 4 premiere to find out more.

Radcliffe will return with the rest of Coulson's (Clark Gregg) team when Agents of SHIELD moves to Tuesdays at 10 p.m. ET starting on Sept. 20. Click the video below to see the finale's six-month time jump. 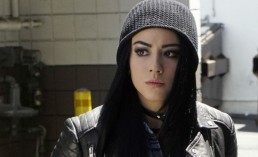 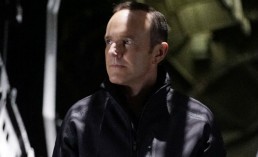 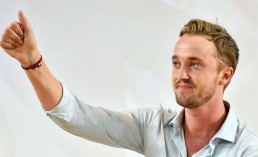