Supergirl is ready to put season 2 in front of the cameras.

The cast of The CW's latest DC adventure received their premiere scripts this week, and David Harewood (Hank Henshaw/J'onn J'onzz) helped ease our hiatus blues with a sneak peek at the cover page.

Titled "The Adventures of Supergirl," the season opener will bring another Kryptonian to National City. It's time for Kara's (Melissa Benoist) cuz to pay a little visit to the Girl of Steel.

As it turns out, Teen Wolf's Tyler Hoechlin will be the next actor to slip into Supes' well-worn spandex. After "Better Angels" kicked off the hiatus with a cliffhanger of epic proportions, there's a good chance Clark will drop by to check out the latest arrival from his home world.

Meanwhile, Kara and Alex (Chyler Leigh) will no doubt want to launch a covert investigation into Henshaw's latest vision. Martian Manhunter closed out the season with a glimpse of the girls' father who, until that very moment, the Danvers family had believed dead. Now, however, it looks as if Jeremiah - or some version of Jeremiah - is locked away at Project Cadmus. Is he really still alive, or is a more sinister plot afoot?

"You should question everything," executive producer Andrew Kreisberg told Entertainment Weekly. "Until you see Jeremiah Danvers walk through the front door, everything can be questioned."

Tune in for the season 2 premiere to get some long-awaited answers! Supergirl will move to The CW starting Oct. 10 at 8 p.m. ET. 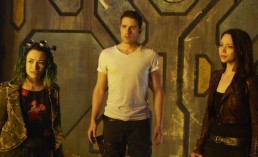 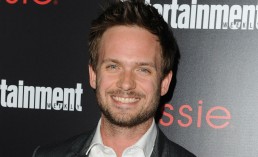 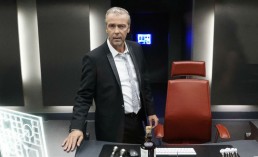