It has already appeared inevitable for some time, but on Tuesday night, it became official.  Donald Trump is now the official nominee of the Republican Party. As much as his victory seemed certain for months now, however, his nomination nonetheless happened with divisions in the GOP still clearly visible.

The nomination, which came on the second day of the Republican National Convention, did not happen smoothly, as Trump's campaign had to deal with numerous anti-Trump delegates in the event, as well as the backlash from Melania Trump's allegedly plagiarized speech the day before.

When it all came down to the actual nomination process, however, things could not be better for Mr. Trump, with the convention's second day being highlighted by New York delegate Donald Trump Jr. announcing his father's victory to a venue filled with both his father's supporters and critics.

"Congratulations, Dad. We love you," the younger Trump stated during his announcement.

With his nomination in the GOP fully sealed, Donald Trump expressed his thanks to his supporters, stating that the event was a "very,very special day" and that his nomination is "something (he) would never, ever forget."

"A little over one year ago, I announced my candidacy for president, and with your vote today, this stage of the presidential process has come to a close," he said.

"Together, we've achieved this result with the largest vote total in the history of the Republican Party. This is a movement, but we have to go all the way. I'm so proud to be your nominee for president of the United States."

Of course, the battle for the presidency is just halfway done for Mr. Trump, who now has to face Democratic bet Hillary Clinton in the polls. At least, for Trump's supporters, the brash business mogul's profile is enough to secure the presidency of the United States.

"We need to elect a man who has a track record of accomplishing the impossible. When people tell him it can't be done, that guarantees he gets it done. When someone tells him that something is impossible, that's what triggers him into action," Trump Jr. stated. 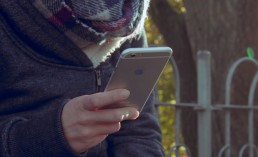 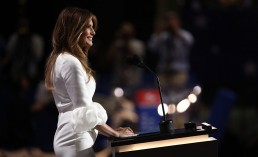 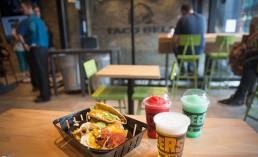