Changes are coming fast and furious for NCIS: Los Angeles' Kensi Blye. Questions of marriage and motherhood are floating in the air, and the agent's answers could send Daniela Ruah's character on an entirely new trajectory.

NCIS: LA's Deeks (Eric Christian Olsen) and Kensi (Ruah) are ready to take their relationship to the next level (proposal time!), and Ruah's real life pregnancy has given writers and excuse to mix it up a little. While that does NOT mean the couple is ready for the pitter-patter of little feet, it does mean Densi is in for some major changes.

Despite taking a seven-episode break to welcome her daughter, Ruah will appear in every season 8 episode thanks to eight days of pre-season filming. The premiere will send the OSP over seas, and Kensi may soon find herself question her place in the field.

"Kensi lives for this job. This is her family; she doesn't know anything else. This is actually something she talks about in one of the first episodes, and so what is to come challenges that for her," the actress explained. "It's a big character arc, and [there are] a lot of obstacles that she's going to have to over come and fight through."

That's not say NCIS: LA is planning on relegating Kensi to a life of domesticity. Perhaps Deeks should be the one to step out of the line of fire.

"It's tricky," executive producer Scott Gemmill explained to TV Guide, "because why would Kensi have to be the one to give up her career? But on the other hand, you don't want to damage the character by making her seem like she's not a nurturing individual. Because she has a skill set that she wants to use for as long as she can, because she makes a big difference in people's lives."

Who character do you think should contemplate a career change? Sound off in the poll below!

Find out more when NCIS: LA returns to CBs this October. Click the video below to see a preview for the series' latest episode, "Talion."

Who should change jobs on 'NCIS: LA'? 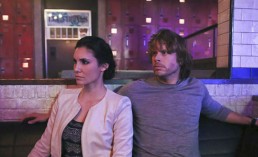 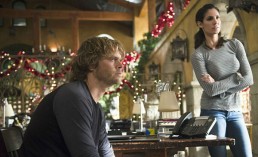 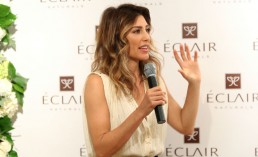