We're now five days into the Olympics, and the United States already have four time as many swimming medals as any other nation (that's 18, for those of you following along at home). Wednesday night will give the red, white, and blue a chance to add to that number as 12 members of Team USA take to the water.

The Olympic Aquatics Stadium will play host to four finals this evening, including the men's 200m breaststroke, the women's 200m butterfly, the men's 100m freestyle, and the women's 4x200m freestyle relay. If you, like most of the country, have Olympic fever, you can catch all four races here starting at 9:03 p.m. ET. For those unconcerned with primetime's time delay can find coverage on various NBC affiliates.

The men's 200m breaststroke will kick off the night's medal races, showcasing the prowess of America's Kevin Cordes and Josh Prenot. Should either of the athletes earn a bit of hardware, it would mark their first trip to the Rio podiums.

At 9:54 p.m. ET, Hali Flickinger and Cammile Adams will spring form the blocks for the women's 200m butterfly. The men's 100m freestyle will follow in quick succession, featuring gold medalists Caeleb Dressel and Nathan Adrian, both of whom swam to victory in the 4x100m freestyle relay.

Can Team USA continue their dominance in the water? Tune in to find out! 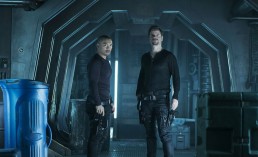 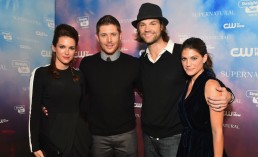 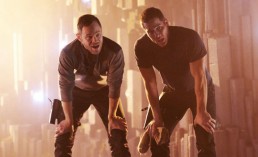 'Killjoys' Season 2: Get Ready To 'Blow the Roof Off' Dutch's Arkyn Mystery! Finale Will 'Wreck You' [VIDEO]