Farrah Abarham and her boyfriend, Simon Saran, have called it quits.

During a new interview, Abraham said that fans will soon see things play out between herself and Saran on Teen Mom OG and explained why they simply weren't meant to be.

"I don't know if Simon and I really have the same outlook on life, and I think that is [not] a really good fit," Abraham admitted to Us Weekly on Tuesday. "And [there are] some other things in Simon that really hurt and frustrate me. So I don't know if we are really connected. You spend so much time with someone, and it is not as close as you thought it was. And as a mom, [his behavior] is really hurtful, and I worked through that."

"I mean I have been through a lot of s‑‑t relationships, so I just add another layer to my cake, really," Abraham added.

During Monday's episode of Teen Mom OG, Abraham shocked fans when she revealed that she had purchased a 14-carat ring for herself after her then-boyfriend, Saran, encouraged her to do so.

"He said to get it and was excited about it ... I thought he was going to propose and nothing has ever happened," she told her mom, according to a report by People Magazine. "I have this ring ... and Simon still hasn't paid me back for it. I'm just really upset he did that."

For more of Farrah Abraham and Simon Saran, tune into Teen Mom OG season six airing on Mondays at 10 p.m. on MTV and check out a sneak peek at next week's new episode below. 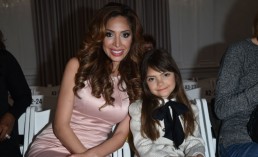 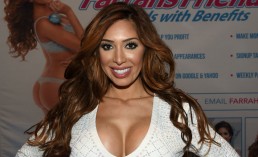 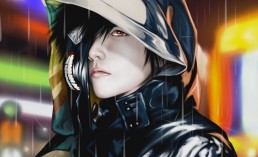