The 2016 MTV Video Music Awards (VMAs) will be taking place live tonight, and if you want to watch the red carpet, you have a few options.

This year's VMAs are bound to be a night to remember, but many are looking forward to the fashion that will be on display on music's hottest artists. With musicians like Kanye West, Rihanna, Ariana Grande and Nicki Minaj walking the red carpet alongside celebs like Kim Kardashian, there's bound to be many big fashion moments.

The VMA red carpet will begin at 6:15 p.m. ET/PT on MTV. If you can't watch the red carpet coverage on a TV, you can download the MTV app to watch.

Meanwhile, Elite Daily is also providing a live stream of the red carpet on their Facebook page. When the time comes, there will be a live stream video to click on.

MTV.com has a live stream planned as well, with coverage set to begin at 7 p.m. ET.

The VMA pre-show will begin at 8 p.m. ET, hosted by DJ Khaled. Meanwhile, Charlamagne Tha God and "Wonderland" host Lizzo will be co-hosts with Khaled on the red carpet Singers Alessia Cara, Jidenna and Lukas Graham are slated to perform during the pre-show.

This year's VMAs will feature star performances by Rihanna, Ariana Grande and Nicki Minaj, The Chainsmokers and Halsey, Future, Nick Jonas and Ty Dolla $ign and Britney Spears and G-Eazy. This will be Spears' first VMA performance since her disastrous "Gimme More" performance at the 2007 ceremony.

If you wish to live tweet the red carpet for the VMAs, use hashtag #VMAs on Twitter. 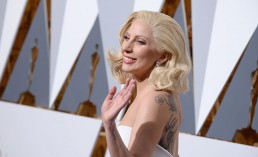 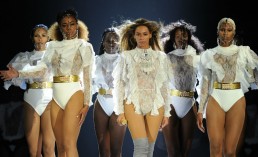 MTV VMAs Performers 2016: Beyonce Is Hitting The Stage? Will She Do A Prince Tribute? 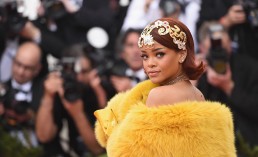 Back On Track? Lindsay Lohan Teases Fans With New Single!