In a sneak peek at tonight's show, Baltierra gets upset after learning that his wife, Lowell, has agreed to keep her relationship with Teresa and Brandon off of the MTV series after the couple requested she do so.

"This is what I do, I share my life story," he told his dad, according to a report by People Magazine on Sunday. "If [they] think I'm not going to talk about it and express how I feel about Carly and this relationship... well, sorry. If that costs me the ultimate cost, well..."

According to the report, Baltierra knew that the "ultimate consequence" would be not having a relationship with his first child, but he didn't seem to mind the idea.

"If that happens, I'm not going to have to deal with the hurt and pain," he said, "they're going to have to look at their daughter... and explain to her why she's hurting. I will never silence what I have to say or my opinion."

In a conversation with Lowell, who wanted to know why Baltierra would be okay with sacrificing his relationship with Carly, the reality star explained that he's simply fed up with all of the rules that her adoptive parents have inflicted upon him.

"It just doesn't make any sense to me to be told what to say and what not to say," he said. "I don’t want to live my life like that! I can't! ... If they say 'We don't want you talking about the adoption at all on TV,' Oh, oh, then we're going to have lots of issues. That's all I'm saying."

"Is what you're saying that if they tell you that you can't talk about the adoption on TV that you would still do it and risk the relationship with Carly?" Lowell asked.

"Yes," he responded. "I will not sacrifice my voice and what I think and what I can and cannot talk about on my daily life and my personal life – cameras or not cameras."

For more of Catelynn Lowell and Tyler Baltierra, tune into Teen Mom OG season six on Monday nights at 9 p.m. on MTV and check out a sneak peek at tonight's new episode below. 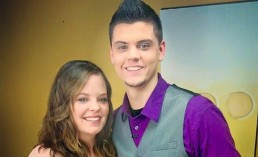 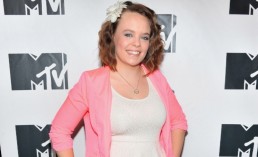 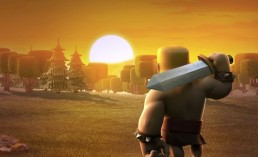