Gilmore Girls' iconic banter is back, and trust us, it's everything you want and more.

Series creator Amy Sherman-Palladino teamed up with Entertainment Weekly to release the first page of the revival, giving fans a sneak peek at what they'll be binge watching over Thanksgiving weekend.

The dialogue tease comes from "Winter," the first of four mini movies. With coffee and pop culture references, the lines are so in keeping with Rory (Alexis Bledel) and Lorelai's (Lauren Graham) personalities that we can already hear Bledel and Graham's voices in our heads. Whether that's a testament to Sherman-Palladino's prowess, seven years of character development, or too much time spent on Netflix, I don't know.

Let's just agree the best part of the day was @EW releasing the first page of the #GilmoreGirls revival script: pic.twitter.com/Bwsl0WgNuh

"I just felt like that's so quintessentially Amy and Lorelai," Graham said of the opening jab at Gwyneth Paltrow's lifestyle brand. "It was then that I was like, 'We're going to be okay.'"

The reveal comes even as fans are buzzing over the "final four words." Sherman-Palladino's sneak peek provides viewers with the promise of a great revival, but, as glutens for punishment, we can't help wondering how it will end.

"Amy is now able to finish, appropriately, properly and I think with great satisfaction, the show the way it should conclude," Warner Bros. Television President and Chief Content Officer Peter Roth said, according to TV Line. "It's going to be great. We're very excited."

Gilmore Girls: A Year in the Life will come to Netflix this November. 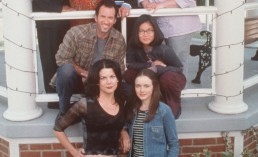 'Gilmore Girls' Revival: Another Spat Between Luke & Lorelai? 'Stakes Are Much Higher' In New PHOTO [VIDEO] 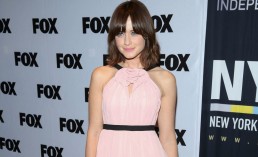 'Gilmore Girls' Netflix: An Unhappy Rory? Find Out Why Life Isn't Going Her Way In The Revival [VIDEO] 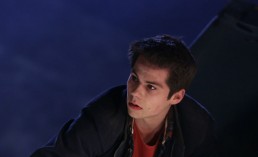