Agents of SHIELD's new director has grand plans, and, unsurprisingly, his big reveal will have Coulson's team trading sidelong glances as season 4 begins.

Phil Coulson (Clark Gregg) piloted SHIELD through its darkest days, but, now that Hydra has crumbled and the world is ready to welcome the agency back in from the cold, the Avengers hero will relinquish his command. Jason O'Mara's as yet unnamed character will add Director of SHIELD to his resume this fall before ultimately revealing his motives in episode 2.

Aptly titled "Meet the New Boss," the Sept. 27 hour will have everyone form May to Simmons wondering what's next.

"Daisy sets out to battle Ghost Rider, but at a terrible cost," ABC teased. "The new director's bold agenda shocks everyone."

Can O'Mara's character be trusted? Our instincts say no.

"They'll always be a spy organization, so trust will always be an issue," co-showrunner Jed Whedon told TV Line. "The dynamic has changed a lot at headquarters, so we'll see how that affects everybody."

Simmons (Elizabeth Henstridge), however, will find herself in the Director's good graces.

"With Simmons' new promotion as Special Advisor to the Director in Science and Technology, Fitz, as well as her former team members, finds it hard to confide in or trust her since she's now the Director's confidant," ABC teased.

Could this promotion ultimately work to the team's advantage? Aside from a little Inhuman panic, Simmons allegiances have always aligned with Coulson's. Should push come to shove, we're willing to bet the bio-chem genius will side with her OG crew.

What do you think? Sound off in the comments below!

Find out more when Agents of SHIELD returns to ABC on Sept. 20 at 10 p.m. ET. Click the video below to see a season 4 teaser. 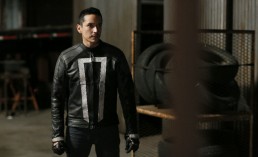 'Agents Of SHIELD' Season 4 Premiere: Are Mack & May On The Ghost Rider's Trail? Premiere PHOTOS 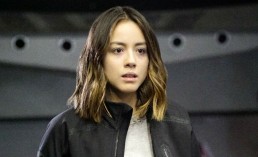 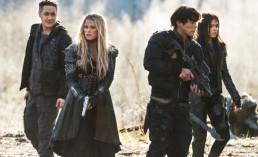