What's in the box?

The Agents of SHIELD season 4 premiere left viewers with more questions than answers, chief of which revolve around the agency's latest acquisition. Rumored to have the power to bring Inhumans and that ilk "to their knees," the box momentarily casts its users in a spectral hue.

While EPs are keeping the truth tightly locked within Marvel's vault of secrets, we know one thing for sure - it's no mere coincidence that the box made it's debut just as Ghost Rider (Gabriel Luna) and Doctor Strange (Benedict Cumberbatch) are entering the MCU.

We are introducing a different supernatural element of the MCU, which happens to coincide with the release of Doctor Strange," executive producer Jed Whedon teased, according to Entertainment Weekly. "So that's what's in the box - we can't tell you, but something along those lines."

If you thought May (Ming-Na Wen) seemed affected by the mystery item as "The Ghost" came to a close, you can give yourself a pat on the back.

"It starts to affect May's perception of things," Wen told Entertainment Weekly. "It's almost like being on LSD, but worse. It's not good. You never want May out of control. You don't want her to be paranoid."

Now we're forced to wonder if the episode title referred to Robbie Reyes' alter ego to the contents of the box...

You will have to keep tuning in to get the truth. In fact, you're going to want to hit up Doctor Strange opening weekend. While Agents of SHIELD does a solid job making sure viewers do not need to see Marvel's films to understand how the latest release affects the series, the MCU wading into some complex territory.

"I think you will be rewarded for that," Whedon mused. "Some of the questions that we're asking right at the top will be answered by the film and directly after the film. We're starting to explore some of the same worlds."

Catch Agents of SHIELD Tuesdays at 10 p.m. ET on ABC. Click the video below to see a preview for the series' next episode, "Meet the New Boss." 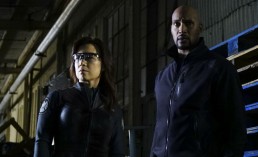 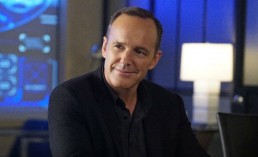 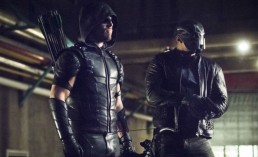