David Beckham and his wife, Victoria, are facing rumors of a possible split and allegations of cheating. After over 15 years of marriage, a new report claims the Beckhams may be following in the footsteps of Brad Pitt and Angelina Jolie with another A-list divorce.

According to the report, David and Victoria recently had a blowout fight after the soccer star was caught spending time with younger women during one of his friend's birthday parties in London.

“Victoria clearly wasn’t enjoying the party so David suggested she go home,” an insider told Closer magazine, via OK! Magazine, adding that Victoria was allegedly “jealous” over the attention her husband was getting at the party.

The source claimed that Victoria has long struggled with issues of jealousy and had previously told her husband that she hates going to events where he is “open to female attention” because “it makes her feel uncomfortable and insecure." While David then assured his wife that she “had nothing to feel insecure about” and that he is “100% committed to her,” he also told her that “he’s not going to stop enjoying himself.” 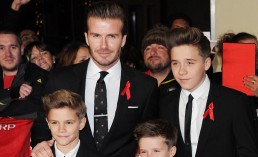 David And Victoria Family News: Couple Blasted For Being The ‘English Kardashians’ VIDEO] 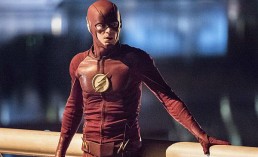 'The Flash' Season 3: Jay Garrick Returns! What Is He Doing In Flashpoint? Episode 2 PHOTOS