According to a new report, Biermann, who has been sporting some majorly plump lips as of late, is so obsessed with plastic surgery that her friends are actually concerned.

Biermann's mother, Zolciak, formerly of The Real Housewives of Atlanta, has gone under the knife for a number of procedures, including a boob job and tummy tuck, and has been open with her use of injectors. Now, because she sees that this is "normal," Biermann has moved forward with her own alterations.

“It’s crazy for a teenager to have cosmetic surgery,” added the insider. “The problem isn’t her face, it’s what’s in her head.”

Although Biermann has denied to OK! Magazine that she has had anything done aside from lip fillers, that may soon change.

“Brielle’s getting sucked into her mom’s love-hate-relationship with her reflection, and it’s sad,” the source claimed.

For more of Kim Zolciak and Brielle Biermann, tune into Don't Be Tardy season five airing on Wednesday nights at 10 p.m. on Bravo TV and check out a sneak peek at next week's episode below, which features the Zolciak-Biermann family enjoying a winter vacation. 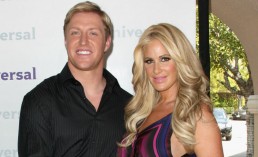 Kim Zolciak Kroy Biermann: She Refuses To Move To Buffalo In 'Don't Be Tardy' [VIDEO] 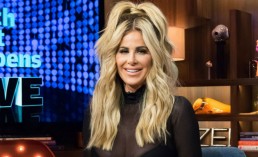 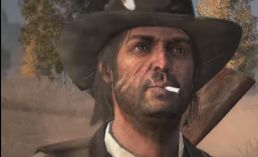