Several celebrities have taken to social media in droves to show support and to defend Kim Kardashian West against her critics after the reality TV star and mogul was robbed at gunpoint in a Paris apartment.

Kardashian West was reportedly tied up and held in the bathroom of a private apartment as men who were dressed as police officers took $10 million worth of jewelry from her early on Monday morning. Kardashian was unharmed in the incident but did flee the city soon after the incident. She had been in the city for Fashion Week, along with her mother, Kris Jenner, and sisters, Kourtney Kardashian and Kendall Jenner.

Her husband, Kanye West, reportedly stopped a concert in New York short after learning about the news, citing a "family emergency."

The men reportedly made off with a ring worth an estimated $4.49M and other jewelry worth about $5.6M, in addition to other items, CNN reported.

Several celebrities have since taken to social media to show support for the star, though no one from her famous family has yet spoken up about the incident.

Most took to Twitter to share support for her and to put those who were laughing at her, criticizing her, and even in some cases, saying she deserved it, on full blast:

People making jokes about @KimKardashian tonight would do well to remember that she's a mother,a daughter,a wife,a friend.Be nice or shut up

Some shit just isn't funny. I see you trying, but it isn't. — christine teigen (@chrissyteigen) October 3, 2016

Fame is interesting. Celebs are supposed to love you guys while also knowing you'd make a meme of our dead bodies to get retweets

No one is begging you for sympathy. I know the game plan is to naturally hate celebrities https://t.co/EMHRslQKu6 — christine teigen (@chrissyteigen) October 3, 2016

Please do not think that I think celebrities are special snowflakes. I just miss empathy, in general, for everyone.

I'm glad Kim Kardashian is safe and also glad I'm not around people who would act so coldly towards anyone being robbed at gunpoint. — Michael Arceneaux (@youngsinick) October 3, 2016

Just because Kim Kardashian's rich doesn't mean its funny that she got robbed. Would it be funny if it was your sister? or your mother?

Glad @KimKardashian is ok! No human being deserves the treatment she's had this week. — Cynthia Erivo (@CynthiaEriVo) October 3, 2016

Most however, simply shared positive thoughts with her, sharing their sympathies and expressing gratitude that she wasn't physically harmed :

Sorry to hear about this. Happy to hear everybody is safe. Kim Kardashian West held at gunpoint, robbed @CNN https://t.co/zg9VIaXS9K 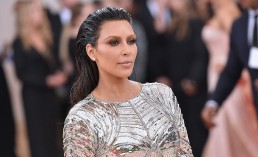 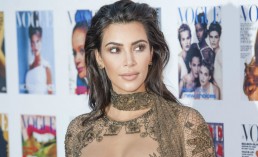 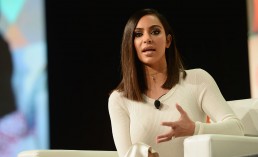