We might have the biggest clusterf--- of an election in our midst, but I'm someone that firmly believes that the world's biggest problems lie a bit closer to home. Sure, wars and the economy are massive issues that need to be addressed by the right leader, but the problems affecting me the most are the ones that I have to deal with on an every day basis.

One of those issues is female empowerment, whether it's done through closing the wage gap, women in the military or even something as straightforward as, I don't know, locking up rapists for longer than three months at a time. Crazy suggestion, right?

One of those conundrums is the question of body image. Simply put, we don't teach women early enough to love their bodies, regardless of what they look like. We don't offer enough programs or enough help or care for women (and men, too) that take out their issues on their bodies, and we certainly don't do much by way of stifling societal pressures to look a certain way.

Donald Trump isn't exactly helping, either. The man has basically built a campaign on tearing women down, from sexual comments made from everyone ranging to camerawomen to his own daughter, to calling a Miss Universe winner "Miss Housekeeping" and "Miss Piggy" after she gained weight following her victory.

During a "town-hall"-style stop on the campaign trail, Hillary and Chelsea Clinton addressed an audience in Haverford, Penn., and a 15-year-old girl named Brennan Leach asked HRC about the body image.

"I see with my own eyes the damage Donald Trump does when he talks about women and how they look," Leach said. "As the first female president, how would you undo some of that damage and help girls understand they are so much more than just what they look like?"

And HRC had a perfect answer:

"The pressure of being talked about that way leads some young women to hurt themselves," she said. "We've got to be as clear as possible: You are more than the way you look."

Finally, she ended on a positive note: "We're not all going to end up being Miss Universe, I hate to tell you. So let's be the best we can be. And let's be proud of who we are. And let's support other women and girls in being proud of who they are."

Agreed. Let's always support women, be they Miss Universe or not. 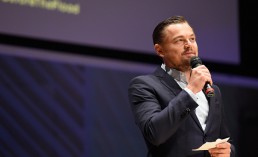 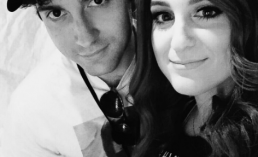 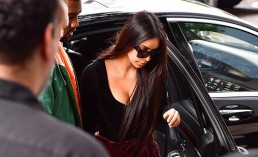