I'm turning 25 in exactly one month. And while the idea of reaching my quarter-life is equal parts exciting and terrifying, it's also a reminder that, hey, it's about to start getting real. My post-college partying days are about to not be cute anymore. My body can't even handle less than at least 5 hours of sleep a night, and I used to be able to pull all-nighters like it was my job back in the day.

I'm also approaching the landmark birthday as a single person. There's virtually no one on the horizon, and I'm okay with that. I'm dating, sure, but I'm also taking the time to figure myself out and see what I'm into, independently of the influence of anyone else -- be it parents, overbearing friends or a boyfriend. Besides, when else am I going to have the opportunity to be a single 20-something living by myself in New York freakin' City?

in Denmark, if you're unmarried on your 25th birthday, your loved ones throw cinnamon at you pic.twitter.com/IfbgQvDtJ5

Not quite the case in Denmark, however. If you're 25 and still unmarried in Denmark, your friends must tie you to a chair or lamppost and -- get this -- throw cinnamon at you. Literally, they have to DOUSE you in cinnamon. And you thought the cinnamon challenge was bad, huh? According to the centuries-old tradition, Danish spice traders in the 1600s were often so devoted to their profession and craft that they usually forgot to marry. And seeing as life expectancy wasn't exactly great back in pre-penicillin times, if you're still unmarried at 25, you're basically all dried up.

In Denmark, if you haven't get married by the age of 25, your friends may throw u cinnamon #Traditionsroundtheworld pic.twitter.com/A9e3vCiqNP — Fiorella Melussa (@FiorellaMelussa) June 13, 2016

This only gets worse if you're still single by 30. If no one put a ring on it yet, your friends have the task of giving you a pepper shaker -- which, if your friends are a little wacky, can end up taking up your entire yard.

Basically, I'm staying the hell away from Denmark next month. 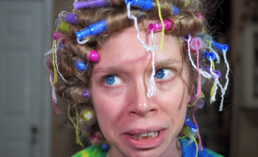 Woman Curls Her Hair With Tampons 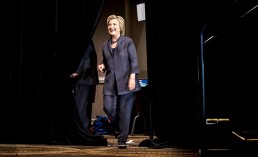 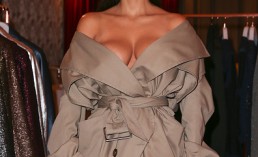