America's favorite TV Show/Sitcom The Big Bang Theory is now on its 10th season. The first episode of the latest season of the show was aired last September 19, 2016 and the 7th episode is going to be aired on CBS on November 3, 2016.

Promotional videos for the upcoming episode  are released just recently and one of the trending topics on social media.

On episode 6, Amy and Sheldon decided to live together under one roof while Amy's apartment is under renovation. They also considered living together a sign that their relationship is getting  more serious. But it seems that Amy is not comfortable with the way Sheldon handle things and circumstances inside their home.

Based on the reports of International Business Times, the latest episode of the show is entitled "The Veracity Elasticity" and it will tackle about Sheldon's discovery of Amy's lie regarding the repairs of her apartment. Amy lied because she wants to continue living with Sheldon.

The teasers of the sitcom spreading online also show that Amy will apologize to Sheldon and later on, Sheldon will tell her girlfriend that he is willing to live with her. Based on the reports of Parent Herald, leaked spoilers of the show's next episode also tackles about the scenario when Leonard finds out that her partner Penny is keeping his collectibles in the storage and because of that he let Penny decorate Sheldon's room disappointing Sheldon.

On that episode, viewers will also see Penny attend the Nuys Comic conference with Leonard and they will find out that the audience or the people are not really interested in her latest movie project but on her nude scenes on the movie.

There are rumors that the 10th season of the show is the final installment of the show but the producers deny the rumors. 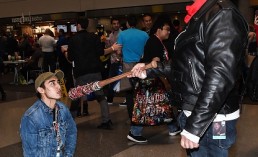 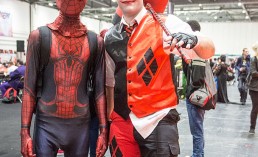 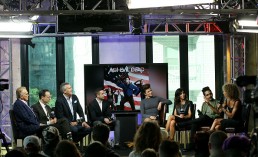