Gal Gadot's announced that she is pregnant with baby number 2 this week amidst the buzz surrounding the newly-released "Wonder Woman" trailer and the possible spoilers of the upcoming movie.

Just four days since the release of DC's newest superhero film, the 31-year old actress happily announced that she is with a child as she posed with her husband Yaron Versano in a black-and-white snap.

In an Instagram photo found in News.com Gal took a selfie with her husband while both of them touched that still-unnoticeable baby bump which she referred as 'this wonder.'

Snaps showing the actress' close connection with her husband is not new to her fans. Even in her previous interviews, she acknowledged how important her husband is to her success and like any mother, she wants to put her family as her priority and would do everything to her four-year old child, Alma.

The Furious actress also shared in the past how she maintained the balance between her career and her family life saying that Gadot's mother greatly helped her in a way that she and Alma, 'the love of her life' travels with her even during filming. In this way, they never have to let the child depend on her nanny.

In an interview on Ellen, the Israeli-born actress shared how her innocent four-year-old commented on her Wonder Woman costume and that she has to explain to her that she is 'playing dress up,' Yahoo said.

Baby number Two's due date still has to be announced but, certainly, it will come out in 2017 in the same year that the DC film will hit theaters.

Meanwhile, discussions on Wonder Woman's possible bisexual nature got trending online after Wonder Woman writer Greg Rucka commented that the superhero is, indeed, bisexual based on the original comics.

The issue, however, was addressed candidly by Gal Gadot saying that she is open to the idea and would love Halle Berry to be her love interest in the sequel. 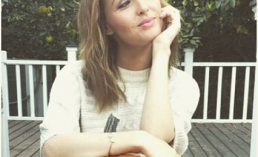