President Barack Obama spoke publicly for the first time since the election, urging viewers to stay positive and keep fighting.

Donald Trump's victory has been a polarizing one to say the least, with many Hillary Clinton supporters falling into deep despair. Obama himself was a key supporter of Clinton, and he discussed the election and the future at the White House on Wednesday.

"Everybody is sad when their side loses an election," Obama stated, adding that it was necessary for Americans to give Trump a chance "uniting and leading" the nation. "But the day after, we have to remember that we are actually all on one team. This is an intramural scrimmage. We're not Democrats first. We're not Republicans first. We're Americans first. We all want what's best for our country."

Obama spoke on the historic nature of Clinton's candidacy as the first woman to become the presidential nominee of a major party. He echoed Clinton's concession speech, suggesting that he hopes her campaign can be an inspiration to young girls.

"It sends a message to our daughters all across the country that they can achieve at the highest levels of politics," he stated. He also referenced Clinton's words, noting that discouraged young voters "have to stay encouraged. Don't get cynical. Don't ever think you can't make a difference."

The president said he has spoken to Trump on the phone directly, congratulating him on his victory and planning a future meeting. Trump will take office on Jan. 20, 2017. 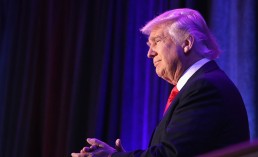 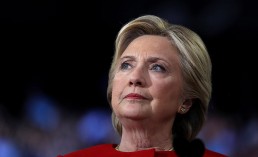 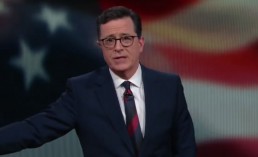