Val Kilmer slurs and wipes his drool while explaining about his swollen tongue in his latest public appearance in the heights of rumors that he is undergoing treatment for throat cancer.

The 56-year old actor is speaking in front of the cameras and bravely showed his speech difficulty during the screening of the film version of his one-man play, Citizen Twain in Los Angeles this week.

As seen in the video posted in Mirror, the actor is explaining how his swollen tongue made him decide to cancel the tour for the promotion of the play and that he is still "recovering" and that is why he appeared in front of the crowd in "showing this."

The actor's recent statement followed after he announced on Facebook that the rumors about his health said to be spread by Michael Douglas are false saying that Douglas is 'misinformed.'

The post went on to cite a situation that happened two years ago when Kilmer solicited advice from the cancer survivor to refer him to a specialist who can diagnose the lump in his throat. Despite such misunderstanding, the actor still thanked Michael Douglas and adding a few good words saying "he's a loving and devoted friend."

The actor further cleared the issue saying that he is still having a swollen tongue and is "rehabbing steadily."

During the press meeting, the atmosphere loosened up as the 56-year old actor shared jokes and talked about politics in his home state of New Mexico particularly mentioning that his hometown voted for Hillary Clinton in the recent poll, Radar Online reported.

It was on December last year that Val Kilmer's health issues got prominence in the spotlight as he was seen with a breathing aid around his neck while heading to a grocery store, Mail Online said.

The breathing aid is installed after a tracheostomy to facilitate the patient's breathing. 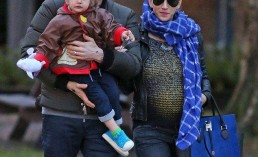