American Music Awards hosts Gigi Hadid and Jay Pharoah did not shy away from the Trumps in their opening monologue.

It wouldn't be an award show in 2016 without a few jokes hurled at President-elect Donald Trump. While Pharoah noted that Sunday night's AMAs was "all about the music," he and Hadid quickly launched into the political commentary. Hadid said that the AMAs were entirely fan-voted, but, "Don't worry, tonight we do not have to deal with the electoral college." This was an obvious dig at Trump winning the electoral college but losing the popular vote to Hillary Clinton.

Pharoah, who has become well-known for his accurate impressions, took the opportunity to debut his Trump.

"I love Bruno Mars. I don't know what color he is, so I can't deport him," Pharoah said in Trump's accent. "He looks like Mowgli from 'The Jungle Book'. I love 'Uptown Funk,' it was all about me. I'm going to funk this country up bigly."

Hadid showed off her own impression, taking on Melania Trump's accent. The model deadpanned, "I love my husband Barack Obama and our children Sasha and Malia," referencing the future First Lady's RNC speech thought to be plagiarized from current First Lady Michelle Obama.

Twitter was mixed overall on Hadid and Pharoah's jokes:

#AMAs because all writers have lost their creativity. No creativity? No problem just write a dig at Trump. People will laugh hysterically.

#AMAs are "all about the music" but hosts spend most of opening taking shots at Trump. The rust belt just changed the channel in unison.

We are crying at Gigi Hadid's impression of Melania Trump during the #AMAs show! pic.twitter.com/KCpxB7ItMh

#AMAs the hosts are the worst. Trump has nothing to do with #AMAs  and whether you like trump or hate trump, the jokes aren't funny

Our #AMAs hosts @GiGiHadid and @JayPharoah are holding nothing back tonight. Let's get this party started! pic.twitter.com/w50MYd7nvk 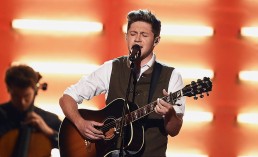 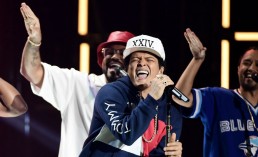 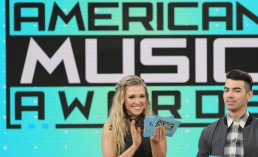