Good news to all "Dragon Ball gameplay fanatics! "Dragon Ball Fusion" will be available for Nintendo 3DS on November 22. The release of the action-adventure gameplay is happening earlier than the expected release date in December.
According to a report posted by Siliconera, Bandai Namco the game's developer stated that they will release the gameplay earlier than it's expected availability on Nintendo DS. But the gameplay is going to be available earlier only in North America.  In Eurrope the target date for the launch of the gameplay is still February 2017.

On another report posted by iTechPost, the gameplay was launched in Japan last October 4.This new gameplay from Bandai Namco is featuring "Goku" and "Broly" doing fusions. With this technique, players can create new and upgraded characters. For those who does not have an idea what fusion is, well fusion is the process of merging two characters into one more powerful character.

Some fusions a player can perform in "Dragon Ball" are "Namekian", Fusion Dance","Pottara Earrings" and "Ex-Fusion".All of these have different powers and abilities. The gameplay has a lot of features to offer. One of this feature is the player can now create a new avatar,flying to Dragon Ball islands and discover new missions, and a player can also gather a number of new character and transform it into a powerful character thru the  process of fusion.

This upcoming addition to Dragon Ball gameplay franchise is different from the previous RPG games they created according to Bandai Namco.In this latest gameplay, the creators got the concept of this from the fascination of Japanese children for modern anime like Pokemon and Yokai. They combine the ideas together with the previous ideas from other Dragon Ball video games they previously created. " Dragon Ball Fusion"  is one of the gameplays that can be popular this holiday season and for 2017. 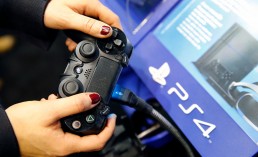 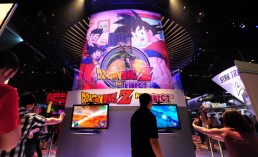 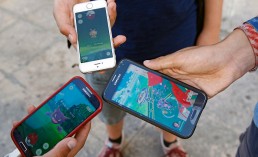