Pokemon Sun and Moon was released some time ago, this is not enough time to complete the game normally. However, some of the hardcore original Pokemon fans are always to be trusted to either finish the game, or to find an exploit which completely breaks the game's mechanic. Well one person did both.

Forbes recently covered an article on a Pokemon player who posted on twitter a picture of their Magikarp being on the Sun and Moon hall of fame. This means that the person has beaten the game, what is shocking is that they did it with only one pokemon.

That being said, how did the player do it? They used exploits.

For starters, it can be seen on Inquisitr the Pokemon was level 70 but was not evolved into a Gyrados. This is thanks to a held item called an Everstone which keeps the Pokemon from evolving. Next, Magikarps usually have this one move called "Splash" which literally does nothing.

However the one's in the Alolan Region has one more called Flail. Now Flail is a defense-attack move which implies that the lower the pokemon's HP, the more damage it will cause to its opponent. If the Pokemon is at 3 HP, around 1% or less, it is performing at maximum Capacity.

This is how the player managed to defeat most of the pokemon. However ghost pokemon are immune to a normal attack such as Flail. This is solved by Struggle. When all of the pokemon's moves' PP is finished, it can use struggle which deals damage to the opponent and some recoil damage to the user.

A combination of Struggle and Flail was basically used to beat the entire game. 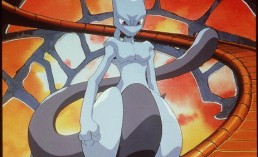