Just days after the actress shared a Thanksgiving tweet and referrenced her boyfriend Aaron Rodgers, who is also the quarterback of the Green Bay Packers, she has been accused of keeping Rodgers from speaking to his family.

During the Packers' recent game against the Philadelphia Eagles, which was featured on Monday Night Football, Rodgers was seen mysteriously disappearing into a tent and shortly thereafter, a couple of fans weighed in on how Munn may be involved.

Olivia Munn was inside that tent telling Aaron Rodgers who he can and cannot talk to.

@TomFornelli Which list were his parents on? — Sean Halpin (@SeanathanVT) November 29, 2016

@TomFornelli Are we sure Olivia isn't on the other end of McCarthy's headset?

Munn and Rodgers have been dating for over two years and throughout their relationship, Rodgers has reportedly had no contact with his family. In fact, according to a report earlier this month by the Bleacher Report, Rodgers' family doesn't even have his cell phone number -- and they have been told they aren't welcome in Green Bay. At the end of last week, Munn shared a tweet with fans in which she said she was thankful for Rodgers.

HAPPY THANKSGIVING!! So many things I'm thankful for, but most of all I'm thankful for my family, friends, @AaronRodgers12 & our 2 pups — Olivia Munn (@oliviamunn) November 25, 2016

Immediately after, Munn received comments claiming she's ruining Rodgers' career and messages about how Rodgers likely would have preferred to have seen his family on the holiday. 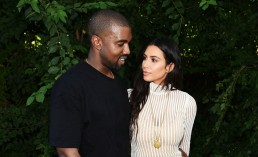