Anticipation for a Friends reunion continues even to this day, and Jennifer Aniston is the latest to weigh in on whether or not it will happen.

Friends has been a cultural touchstone for decades now. While the sitcom was a massive hit during its run from 1994-2004, its syndication run in the years since have proven that fans just can't get enough of the iconic six.

As such, there has been buzz (whether wishful thinking or otherwise) that Aniston, Courteney Cox (who played Monica Gellar), Lisa Kudrow (Phoebe Buffay), Matt LeBlanc (Joey Tribbiani), Matthew Perry (Chandler Bing) and David Schwimmer (Ross Gellar) will get together again for a reunion special. In a world where everything is being brought back, from Gilmore Girls to Arrested Development to Twin Peaks to The X-Files, it stands to reason that a revival/reunion could happen.

However, Aniston's new interview with ITV's Lorraine suggests we won't be getting a reunion anytime soon - if ever.

"I don't know what we would do," she said, of a reunion. "I think that period of time was sort of nostalgic, you know?"

As Aniston suggested, Friends took place in a time period without an overflow of technology and social media, and that can be alluring to some fans - hence why a revival would give things a different feeling.

"There's something about a time where our faces weren't shoved into cell phones and we weren't, like, checking Facebooks and Instagrams, and we were in a room together -- or at a coffee shop together -- and we were talking," Aniston said. "And we've lost that."

For now, it looks like fans will just have to keep watching old reruns of the classic NBC sitcom.

"Not only was it a gift for us, but it's something people have been able to carry with them," Aniston said. "It's comfort food and it makes them feel better when they are feeling down, when they want to distract themselves." 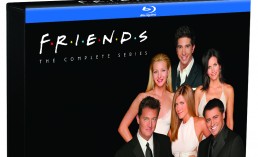 'Friends' Reunion: Matthew Perry Asks 'Why in the World Did We Stop?'; Admits He Would Like to Go Back [VIDEO] 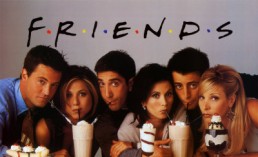 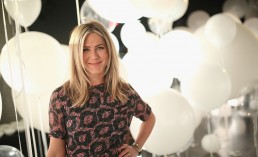