Kanye West met with President-elect Donald Trump Tuesday morning in New York City, prompting many to speculate what the meeting might be about.

The controversial rapper met with the President-elect at Trump Tower, sitting down for a 15-minute meeting. It's not clear exactly why they met, though Trump said after the meeting, "We're just friends, we're just friends. He's a good man. We've been friends for a long time." West did not make any comments to the press.

Could Trump have been asking West to perform at his inauguration? There's been buzz over the past few weeks that there isn't exactly a long list of musicians wanting to perform at Trump's inauguration ball and West would certainly bring A-list talent to the event.

At one of West's final tour dates this year, he explained to the crowd that while he did not vote in the presidential election, he would have voted for Trump if he did.

He extrapolated further: "There's nonpolitical methods to speaking that I like, that I feel were very futuristic. And that style, and that method of communication, has proven that it can beat a politically correct way of communication," adding that Trump's methodology was not just "entertaining - I actually think that his approach was absolutely genius, because it f---ing worked."

Of course, West has also been entertaining the idea of running for president in 2020, making the huge proclamation at the MTV VMAs last year.

"I don't say 2020 because, out of disrespect to our president at all. I'm not saying that, 'Oh man, that just means that anybody can win.'" he told the California crowd this year. "That's not what I'm saying when I say 2020. I've just said I've got some ideas about the way we should connect our ideas. That we should use opposite parties. That the Republicans, that the Democrats, that everyone that ran that had an idea that people agreed with should be the collective ideas that are used to run the country." 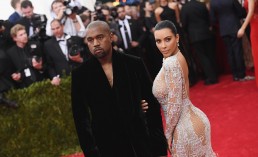 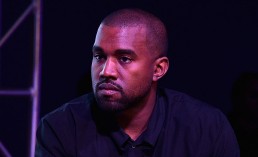 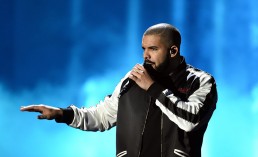