The Los Angeles Lakers continue to fall in the standings and their season seems to be in jeopardy this early. NBA trade rumors are now spreading that a trade deal with the Cleveland Cavaliers might solve their misery in order to bounce back and salvage their season. Jordan Clarkson and Iman Shumpert is said to be part of this rumored deal that might happen before the trade deadline.

The Lakers have a great start being in the upper half of the Western Conference division after the first four weeks of the NBA regular season. However, after losing 9 out of their last 10 games, they suddenly drop in the standings and currently in the 11th spot of the division. Now, reports are saying that they are moving to close a deal with the Cavs to get back on track.

According to The Inquisitr, a rumored NBA trade deal is said to be under discussion between the Los Angeles Lakers and Cleveland Cavaliers. Trade scenario is saying that Jordan Clarkson will join Kyrie Irving and LeBron James in Cleveland while the Lakers would welcome guard Iman Shumpert and guard Jordan McRae plus a 2020 first-round draft pick from the Cavs.

The trade will be beneficial for both teams as they got players they badly needed. After the Cavs traded Matthew Dellavedova last summer, they are desperate to have a backup point guard to support Irving at the backcourt. And Clarkson might be one of the best options for them as he is also a combo guard who can play at the point or at the SG spot.

On the other hand, the Lakers will have an ample replacement for Clarkson in Shumpert. Being a veteran, Shumpert can make use of his experience playing in the playoffs and championship for the last two season to guide the young core of the Lakers. Meanwhile, McRae is slowly showing his potential and could blossom in the Lakers fold while the future draft pick could be a steal for them.

The trade will also work under the NBA trade rules and salary cap restriction making it a legal deal for both teams as per checking with the ESPN Trade Machine. It is now in the hands of both teams if they are willing to push thru this deal.

Will the Los Angeles Lakers agree to trade Jordan Clarkson to the Cleveland Cavaliers for Iman Shumpert and Jordan McRae? 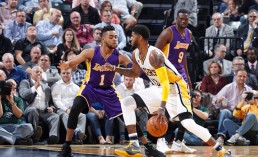 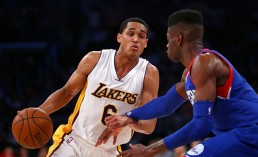 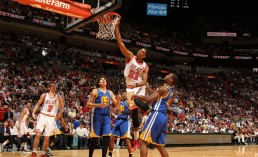