Another wild trade deal was floated online as of late that is being the hot topic of news today. The rumored deal was said to be involving the Los Angeles Lakers, Indiana Pacers, and Sacramento Kings with Paul George and D'Angelo Russell as part of the deal.

George's name has always been mentioned in many trade deals that are being circulated online for a couple months now. Being a high-value player, many teams have shown an interest in acquiring him such as the Boston Celtics, Minnesota Timberwolves, Oklahoma City Thunder and Orlando Magic. But none of those teams have actively chased him or never succeeded in luring him.

As for Russell, he is one of the members of the young core for the Lakers. Going to his sophomore year, he's been trusted by Lakers coach Luke Walton to lead the team and orchestrate their offense. However, experience seems to be lacking for him and recent stumbles by the team are suggesting that they need a veteran superstar that can stabilize the Lakers position.

Now, a rumored deal between Lakers, Pacers and Kings has gathered heavy discussion online. A proposed trade deal was recommended to the 3 teams involving 7 players and a future draft pick. Trade scenario is suggesting as follows:

1. The Los Angeles Lakers will acquire Paul George from the Pacers and Ben McLemore from the Kings;

2. The Indiana Pacers will then get D'Angelo Russell and Brandon Ingram from the Lakers plus Willie Cauley-Stein from the Kings;

3. Finally, the Sacramento Kings will obtain Jeff Teague from the Pacers and Ivica Zubac plus a second-round pick the Lakers.

The trade apparently gave different benefits to all teams involved as they try to enhance their lineup. The Lakers finally get a superstar that they wished for plus an added depth on their backcourt. George and McLemore will definitely give an added boost on their current campaign but it will also mean giving up their future.

On the other hand, the Pacers will also suffer from losing their main go-to-guy and their present campaign but it will give them a brighter future with three players who have a potential of becoming a superstar someday while the Kings will have a solid playmaker in return that they badly needed plus a future a pick that could be a steal for them.

However, one roadblock is preventing this trade deal from happening. The incoming salary of George and McLemore will lead the Lakers salary cap over the tax line which means league official will disapprove the deal as per checking with ESPN NBA Trade Machine.

Aside from that, the Pacers are seemed committed to having George to be the face of their franchise while the Lakers are also determined to keep their young core for the meantime and check their progress in the current season.

The rumored deal between the Los Angeles Lakers, Indiana Pacers, and Sacramento Kings might be "busted" for now but this is something to revisit if things will not be better in their current campaign. 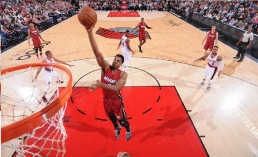 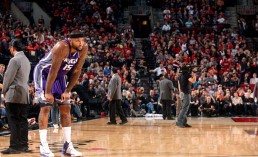 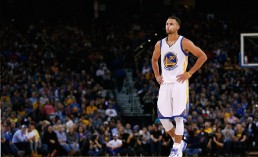