Octavia's (Marie Avgeropoulos) revenge won't just end by taking the life of Pike (Michael Beach) but will still continue in the coming The 100 Season 4. It looks like the pain she is carrying with the death of the love of her life, Lincoln (Ricky Whittle), will mold her new identity and her journey to take vengeance.

In fact, the show's executive producer Jason Rothenberg revealed that Octavia's story arc in the upcoming new installment would be amazing. "She's got quite a journey ahead of her, and it gets darker before it gets lighter," he told TVLine.

Rothenberg described Octavia's character in The 100 Season 4 will be a direct route to the assassin land. The warrior will do whatever it takes to hide the pain she's feeling from the loss of Lincoln, even if it means she has to impose a new identity for herself.

"Who is she now that Lincoln is gone, and that her brother - in her mind - is responsible for so many difficult choices?" Rothenberg explained. He revealed that Octavia and Bellamy (Bob Morley) have a lot of work to do to fix their relationship, but he admitted that it will take a long while.

Bellamy will realize that Octavia holds her own life and she alone could figure things out for herself. He, evidently, is protective of her and acting like her parent but he will soon understand that he has to let her go.

Buddy TV reported that Octavia and Bellamy have been seen often fighting from the past season and the previous chapter is one of their most extreme quarrels so far. She is slowly being known for being violent in grief, thus some hope that the coming The 100 Season 4 will create new depth to the story of the siblings. 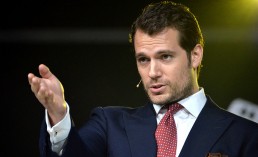 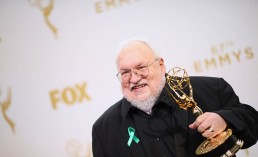